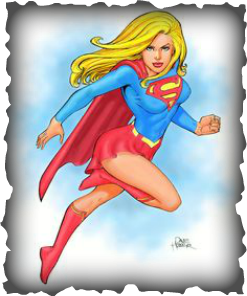 How to Make Glowing Oobleck

Oobleck is a very fun, very interesting substance.  One minute it feels more like liquid, the next, it seems closer to play dough.  Just what is this stuff?!
​
What You Need:
How to Do It:
What is Happening?

Oobleck is a substance unlike most things.  Is it a solid?  Is it a liquid?  Can it be both?  Oobleck actually does not follow the normal rules of a liquid or a solid.  Scientists call it a non-Newtonian fluid.  Tell your friends THAT and you will sound super smart!  This substance is very similar to something called quicksand.  Making oobleck is a much safer way to experience this phenomenon.  If you play around with it, you will see how it acts differently from a normal liquid and a normal solid.

Other, more familiar substances change states (from solids to liquids to gases) when we change the temperature, such as freezing water into ice or boiling it away into steam.  However, this simple mixture shows how changes in pressure, instead of temperature, can change the properties of some materials.

Applying pressure to this mixture increases its viscosity (thickness).  A quick tap on the surface of Oobleck will make it feel hard, because it forces the cornstarch particles together.  If you dip your hand slowly into the mix, and see what happens—you will see that your fingers slide in as easily as through water.  Moving slowly gives the cornstarch particles time to move out of the way.

Oobleck and other pressure-dependent substances (such as Silly Putty and quicksand) are not liquids such as water or oil.  They are known as non-Newtonian fluids. This substance's funny name comes from a Dr. Seuss book called Bartholomew and Oobleck.

What causes the glowing in the blacklight?  Well, have you ever wondered how glow-in-the-dark things work?  It can be a lot of fun to play with bracelets, wands and other toys that are glow-in-the-dark!  Did you ever imagine that you could make something at home that glows?  It turns out that it's not that hard to do—all you need is tonic water and a black light!

Tonic water is a carbonated beverage that has a chemical called quinine dissolved in it. Quinine is made from the bark of a tree and has been used for centuries as a treatment for malaria. Quinine not only gives tonic water a characteristic bitter taste (which is offset today by the addition of sweeteners to bottled tonic water) but this chemical can also be very fluorescent under the right conditions.

Under an ultraviolet "black light," the quinine in tonic water makes the water fluoresce a brilliant, bright blue (even though only a relatively small amount of quinine is dissolved in the water). In general, something fluoresces because it has absorbed light energy, which makes it excited, and then it releases (or emits) light as it returns to its normal, unexcited state. Part of why we find things that glow under ultraviolet lights—such as some minerals, fish and tonic water—to be fascinating is because we cannot see the (ultraviolet) light they absorb but can see the visible light they emit (which is blue in the case of quinine).

Key Concepts: liquids, solids, viscosity, pressure, chemistry, water, light, fluorescence, energy, ultraviolet light
To explore this topic more, or develop it into a science fair project, you can test out making oobleck with regular water and comparing it, adding bleach to the tonic water, test out different amounts of water to cornstarch, try different brands of tonic water, add different liquids or solids to the mix, or anything else that makes you curious.  Make a prediction for what you think might happen and then test it!  Have super science fun!!